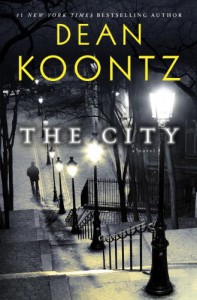 A special thank you to Random House Publishing Group-Bantam Dell and NetGalley for an ARC in exchange for an honest review.

Without a doubt, THE CITY is the most powerful and complex book I have ever read. I am speechless! Dean Koontz writes like no other. Brilliant, profound, and eloquently written; A literary work of art!

THE CITY by Dean Koontz, is a rich, multi-layered gripping story that moves back and forth across decades and generations, as a gifted musician relates the horrible and beautiful events that began in his city in 1967, when he was ten.

Told in the first person, a story of musical prodigy, Jonah Kirk –taking readers into one man's world from struggles to an extraordinary gift—a journey often seemed lost, threatened, or unattainable.

Jonah loves the city, a story of love reciprocated, a story of loss and hope –where not all young singers or actors, or authors, became stars after leaving their small towns for the bright lights of the city. The city is a place of wonder, and magic—including the night he died and woke and lived again.

Jonah is black, a musician and a piano prodigy. Malcom is white and his best friend, also a saxophone prodigy. They meet in 1967, when Jonah and his mom, Sylvia moved in with Jonah’s grandfather, across the street from Malcom’s family. Jonah is ten and Malcom, twelve.

Jonah is eccentric, talented, smart, and intuitive and Malcom is a talented, comedian, and geek misfit. Together they make a dynamic duo of music, mischief, and dreams---They will learn about the city.

THE CITY is more about Jonah, even though Malcom and his sister are part of the book, as well, from THE NEIGHBOR, an e-short story (I would highly recommend), giving readers a little background of Malcom Pomerantz, a saxophone child prodigy, and very inquisitive young boy of twelve with his sister, Amalia, age seventeen.

They grow up friends, and at age fifty-seven and fifty-nine, Jonah tells his story into a tape recorder—his story will become THE CITY, starting back before age seven

The main theme of the novel is the meaning of The City (People): Jonah encounters a woman who said she is the City (Miss Pearl), a soul of the city and gives Jonah a piano when he desperately needed one. She said that more than anything, cities are people. She said you need to have office buildings, parks, nightclubs, and museums and all the rest, but in the end it’s the people—and the kind of people they are—who make a city great or not. If a city is great, it has a soul of its own.

This woman said this city had an especially sensitive soul and that for a long time it had wondered what life must be like for the people who lived in it. And so the woman said the soul of the city took human form, to live among its people and the form it took was her.

Life is not one story, its thousands of them. When Jonah was ten in 1967 he moved with his mom into his Grandpa’s Teddy’s house—he was the piano man, his inspiration, kind and loving. His mom, Sylvia, was a singer in a blues club and worked the lunch counter at Woolworth’s five days a week.

Before moving to Jonah’s grandparents, the book begins at an apartment building, where he lived with him mom in downtown Detroit. Jonah meets his neighbors in a coming-of-age novel, which will move your heart (from dark, humorous, eccentric, supernatural, lovable, mysterious, intense, and thought-providing). One of the neighbors, (Mr. Yoshioka--my favorite) he befriends, will forever change the course of his life. He also meets some, not so pleasant characters, in a city full of evil.

The streets of the city are not always paved with gold, as some immigrants were told before they traveled half the world to come to the city. Death dwelt in the metropolis, as it dwelt everywhere and there were more murders in the city, tragedy, and moments of terror. But the city was as well as place of family, friends, wonder, art, music, love.

After years of good times, Jonah had a bad patch. He learns life does not always run smooth during your life, and no one promises it will. Through wars, riots, racial issues, murder and mayhem and much hatred and threat of nuclear annihilation—of the sixties; comes sweet music from big band swing, boogie, rock and roll, jazz, good books, and some hard learned life lessons, good friends, plus some wild and dangerous adventures—of one special boy and his family.

“No matter what happens disaster piled on calamity, no matter what, everything will be okay in the long run.”

What matters is the day at hand, and what we do with it, one day at a time, some good and some bad; What should we do with the day? What direction is the one to take, which choice is right and which wrong?

Jonah learns in the end --he has free will, that what happens in his city, is up to him and all the people who live along the streets, that part is up to us.

In summary: In our lives, we come to moments of great significance that we fail to recognize, the meaning of which does not occur to us for many years. Each of us has his agenda and focuses on it, and therefore we are often blind to what is before our eyes.

An unforgettable, compelling, and unique story—one for every woman and man, where life’s treasures is found in unexpected places. THE CITY is much more than than a mystery or suspense thriller—one, which will remain with you, long after the book ends.

Highly recommend both books as 5 star winners.  Believe it or not, these two are my first books by Koontz, and most definitely will not be my last!

Loved this quote from THE CITY:

“At first I had seen a confusing agglomeration of angled shapes thrusting toward me, but then they resolved into the skyscrapers of a city in miniature, and I was gazing down through those buildings into a maze of busy streets. Gazing down and then falling down, not with fear but with exhilaration, swooping between those glittering towers, flying as sometimes I had flown in good dreams. The city was no longer a miniature, it was real and vast, borderless, reaching to infinity, filled with gorgeous and mysterious light. I flew low, near street level, along avenue after avenue alive with busy people, and I began to realize that the mysterious light came from them, that it came from me too, that we were the people of the city and the light of the city, flickering like endless tiers of candles in endless cups. And suddenly I saw the city in time, backward to its origins and forward through centuries, as it had been and as it would be, all existing now, and in every age, those ancient and those of the future, the lovely light did shine, our light.”

An e-Book Short Story (A Novella) 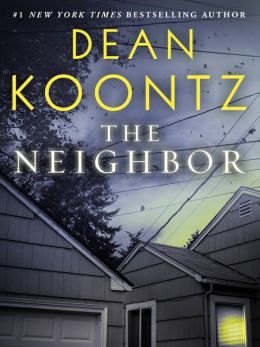