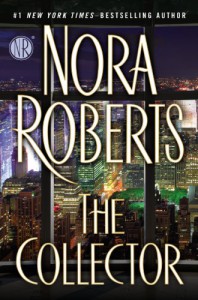 First, a job as a writer and a professional house sitter – my kind of life! Lila Emerson, the main character is a free-spirit, professional house-sitter, waits tables and author of paranormal YA novels-- a life she enjoys and fits her lifestyle with no permanent ties.

However, one night while apartment-sitting in New York, she is shattered as she witnesses an argument between a man and a woman, ending in the woman being pushed and falling to her death and the man committing suicide.

While assisting the police with their investigation, Lila meets artist Ash Archer, whose brother, Oliver, was initially a suspect. Police thought Oliver killed the woman and then committed suicide, but soon it becomes apparent that he was a victim himself. Ash is instantly attracted to Lila, and as the body count rises, he draws her into his world of wealth and privilege in an attempt to keep her safe.

As these two work together to solve the mystery, they also bond, as Ashton paints his beautiful subject Lila among other yummy details. Lila is not accustomed to being in love or baiting a killer. Both Ash and Lila are likable characters, a nice romance and attraction; however, she loses a little of herself. Tension and danger builds for Lia and her friends, and dog Earl Grey.

A multifaceted cast of characters, a plot twist involving the legendary Romanovs, a classy, stunningly beautiful sociopathic assassin and a recluse. (Julie and Luke nice interaction).

The romance and suspense thriller, goes back and forth from the beautiful penthouses of Manhattan to grand villas in Florence, Italy, where priceless antiques (Faberge’ eggs), are bought and sold, gambled away, and stolen. A lot of designer name dropping – guess goes with the storyline.

While I listened to the audio book and the narrator Julia Whelan, did an outstanding job with a nice voice; the book fell flat for me. Would have to agree with some of the other reviewers, Nora’s sense of humor is lacking, as a little sarcasm, goes a long way.