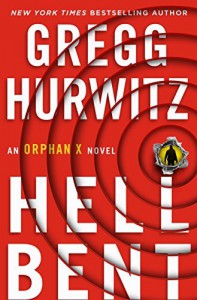 Picking up from The Nowhere Man #2.0 Smoak is more than a legend. He is a man with skills, resources, and a personal mission to help those with nowhere else to turn.

A dangerous past. Well-equipped and trained. Taken from a group home at twelve, Evan was raised and prepared as part of the Orphan Program. Evan was Orphan X. An expendable assassin who went where the U.S. Government would not and did what they could not.

Jack had fought for Evan to stay human even while teaching him to be a killer. He broke with the program, using everything he learned to disappear and reinvent himself as the Nowhere Man. Eight years ago he had gone rogue.

He helped the desperate with no place to turn. People suffering at the hands of unrepentant and vicious abusers. Now every incoming call comes to 1.855.2-Nowhere. Then it emerged through the receiver of the RoamZone.

He always answers: “Do you need my help?”

This time, the voice on the other end was familiar. Jack Johns. Jack was the one who had plucked Evan from foster home to the inside the Department of Defense. He was the only father he had ever know. If he was calling this line, he must be in mortal danger. Indicating he must be up against what other might consider world-destroying trouble. An emotional call.

Hurwitz cranks up the intensity, with Van Sciver, using all the assets to take out both Evan (Orphan X) and the target he is trying to protect.

His top priority is to stamp out wayward Orphans. Anyone who has retired. Anyone who had not made the cut. Anyone who had tested questionable for compliance. The only Orphan who had ever gone rogue. The best way is to go after his handler.

Would a long-buried secret from Jack’s past lead him to Van Sciver? Hurting Jack Johns would hurt Orphan X. The Commandments. A girl. Joey. The package. Can she help? A sixteen- year-old?

Evan is determined to put a bullet through Van Sciver’s skull after his beloved father figure dies. Their history stretched back to three decades to a boys’ home in East Baltimore. Van Sciver held the keys to the kingdom and Evan was the fugitive.

“Jack had taught Evan that the hard part wasn’t being a killer. It was staying human. He was superb at the former. And growing proficient at the latter. “

A superbly created series. Highly entertaining! Fans will delight. Will there be another upcoming book in the series? We can only hope.

A special thank you to St. Martins Press and #NetGalley for an early reading copy.