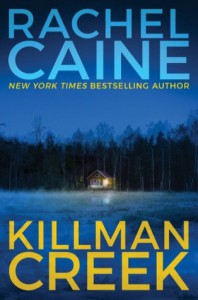 Rachel Caine returns following Stillhouse Lake with the highly anticipated follow-up, KILLMAN CREEK — a woman, is trying to save herself and her children from her monster sadistic ex-husband serial killer, Melvin Royal.

"I am twelve days out from rescuing my children from a murderer. I am exhausted, sore, and plagued with headaches. I am heartsick and tired and anxious and most of all —most of all —I am angry. I need to be angry. Being angry will keep us all alive."

This time around we hear from multiple POV: Gwen, Lanny, Sam, and Connor. The fallout of everything that has occurred and to come from each perspective.

Lance Graham is dead. A partner was a killer. Her husband had turned a cop into a murderer. He had abducted her children.

Connor nor Lanny will talk about it. They have been traumatized. There is psychological damage. She is unsure how it will play out in the future. She will get them the care they need. She has to make them whole again.

Melvin Royal wants to keep them guessing. He has escaped. Melvin is free to stalk and kill more women. He will murder again. He will want to go out in a grandstanding manner. The FBI is after him as well as the police. No one is safe. Especially his family.

He is coming for her. He always has a plan.

Gina has a new identity. The woman who was known as Gina Royal, wife of the horrible serial killer is gone. She is now Gwen. She is not taking any more shit.

Her kids are brave and had been forced to face the ugly truths about their dad. She has to find someone she can trust to look after her kids and keep them safe. Her mom is not a fighter.

She turns to Javier Esparza and Kezia Claremont to guard her kids. Javier is a retired marine and runs a gun range. Kezia is a police officer - tough, smart, and capable. She has to trust them.

Gwen and Sam must find him. They both have baggage. She is the ex-wife of a serial killer, under threat from Melvin's groupies, his allies, and the internet vigilantes. His followers.

Sam is the brother of her ex-husband's victim (his last victim), she found strung up in her garage. Tortured and murdered for sadistic pleasure.

Even though Sam had stalked her in the first book, he knows she is not guilty. They must work together. They have one common goal. To take down Melvin Royal.

Gwen Proctor is ready for him. She has left the weak Gina behind. It comes down to Mr. and Mrs. Royal.

As Sam and Gwen are on the run putting themselves in the middle of danger, the kids are worried they may never see their mother again.

The day all their lives changed. Their dad became a monster. He had taken a piece of their lives and made it part of something awful.

The intensity heats up in this installment. Mel is one sick and sadistic serial killer. The constant impending danger. No one is safe from this monster until someone stops him.

This riveting series must be turned into a film or at least Amazon Video series. Even though this book was not quite as exciting as the first, it was a superb followup.

Now we have to wait until Oct 2, 2018— for the third (3 of 3) Stillhouse Lake Series Wolfhunter River. As I mentioned in my first review, this series reminds me of Joe Carroll in The Following.

Loved the ending, the covers, and the soundtrack selections by the author. If you adore good well-written crime thrillers, this series is for you!

A special thank you to Thomas & Mercer for an advanced reading copy. Also purchased the audiobook narrated by Emily Sutton-Smith, Lauren Ezzo, Will Ropp, and Dan John Miller for a suspenseful and chilling performance. 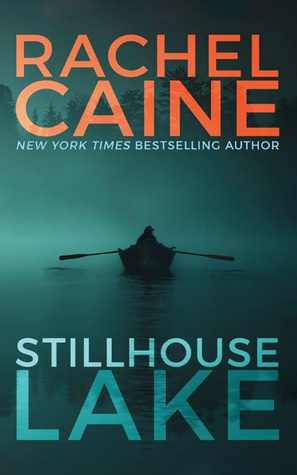