Countdown for March!  What a lineup of some of the best, all month long.  Pre-Order Now.  Titles not to be missed. Catch the Spring Fling fever . . .

From the author of Before I Go comes an unconventional but beautiful love story perfect for fans of the emotional novels of Jodi Picoult and Jojo Moyes.

One time a boy kissed me and I almost died...And so begins the story of Jubilee Jenkins, a young woman with a rare and debilitating medical condition: she’s allergic to other humans. Read More   Buy the Book

From the New York Times bestselling author of Beach Blues comes a novel of summers you never forget and friendships that never fade.

After a heartbreaking summer on the Connecticut shore, a group of beach friends is as adrift as an unmoored rowboat.  When a dismayed Jason Barlow drives as far away from the sea as he can, leaving behind his wife, Maris, as well as their stately cottage on the bluff, that news hits like a sudden wave.  Read More   Buy the Book

The Weight of This World

Critically acclaimed author David Joy, whose debut, Where All Light Tends to Go, was hailed as “a savagely moving novel that will likely become an important addition to the great body of Southern literature” (The Huffington Post), returns to the mountains of North Carolina with a powerful story about the inescapable weight of the past.

A combat veteran returned from war, Thad Broom can’t leave the hardened world of Afghanistan behind, nor can he forgive himself for what he saw there. His mother, April, is haunted by her own demons, a secret trauma she has carried for years.  Read More  Buy the Book

“Roanoke girls never last long around here. In the end, we either run or we die.”

After her mother's suicide, fifteen year-old Lane Roanoke came to live with her grandparents and fireball cousin, Allegra, on their vast estate in rural Kansas. Lane knew little of her mother's mysterious family, but she quickly embraced life as one of the rich and beautiful Roanoke girls. But when she discovered the dark truth at the heart of the family, she ran…fast and far away. Read More   Buy the Book

Lies We Believe About God 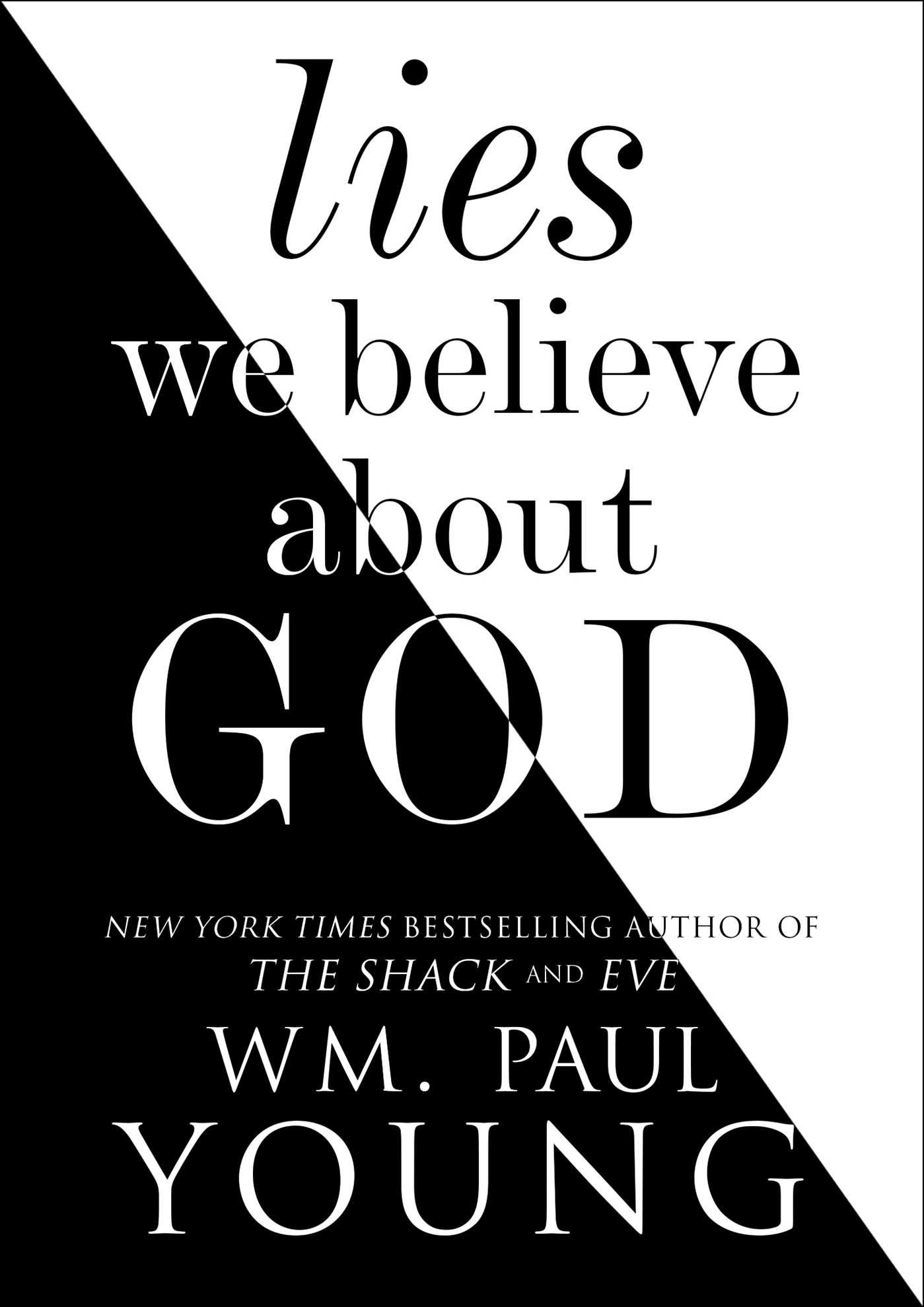 From the author of the twenty million plus copy bestselling novel The Shack and the New York Times bestsellers Cross Roads and Eve comes a compelling, conversational exploration of the wrong-headed ideas we sometimes have and share about God.

Wm. Paul Young has been called a heretic for the ways he vividly portrays God’s love through his novels. Here he shares thirty-three commonly uttered and sometimes seemingly innocuous things we say about God. Paul exposes these as lies that keep us from having a full, loving relationship with our Creator. Read More  Buy the Book

Two sensational unsolved crimes—one in the past, another in the present—are linked by one man’s memory and self-deception in this chilling novel of literary suspense from National Book Award finalist Dan Chaon.

“We are always telling a story to ourselves, about ourselves,” Dustin Tillman likes to say. It’s one of the little mantras he shares with his patients, and it’s meant to be reassuring. But what if that story is a lie? Read More   Buy the Book

Paula Daly is acclaimed for her distinctive voice, masterful plotting, and terrifying depictions of ordinary people whose everyday lives are turned upside down through deception and murder. In her unsettling new domestic thriller, The Trophy Child, Daly digs beneath the serene surface of the idyllic suburban Lake District community where families strive for perfection, delivering a suspenseful, surprising story of motherhood and fallibility. Read More   Buy the Book

The author of Still Missing targets her readership with a novel that hits all the notes they come to expect from her—and ratchets up the stakes even more.

Lindsey Nash has left an abusive relationship and her ex-husband was sent to jail. She has started over with a new life, her own business, and a teenage daughter who needs her more than ever. When her husband is finally released, Lindsey believes she has cut all ties. There is no way he can ever find her and her daughter again. Read More   Buy the Book

A Bridge Across the Ocean

Wartime intrigue spans the lives of three women—past and present—in the latest novel from the acclaimed author of Secrets of a Charmed Life.

February, 1946. World War Two is over, but the recovery from the most intimate of its horrors has only just begun for Annaliese Lange, a German ballerina desperate to escape her past, and Simone Deveraux, the wronged daughter of a French Resistance spy. Read More  Buy the Book

A Stevens and Windermere Novel #6

They are the victims no one has ever cared about, until now. Agents Stevens and Windermere return in the blistering new crime novel from the fast-rising, multi-award-nominated suspense star.

She was a forgotten girl, a runaway found murdered on the High Line train through the northern Rocky Mountains and, with little local interest, put into a dead file. Read More     Buy the Book

The Pages Between Us:

Series: Pages Between Us

BFFs Olivia and Piper are back in the sequel to The Pages Between Us, another fun, totally earnest snapshot of middle grade friendship told in sweet journal-style book packed with fun, engaging art by beloved middle grade authors Lindsey Leavitt and Robin Mellom.

It’s time for the Battle of the Books! Read More
Buy the Book

It started with the USA TODAY bestseller If I Run. Now Casey's journey continues in If I'm Found.

Casey doesn't know why Dylan let her escape just as the police were closing in, but she knows she's got to hide again. New name, new look, new city, new job.

She knows all your secrets.
That’s why she’s so dangerous.

A single mother's life is turned upside down when her best friend vanishes in this chilling debut thriller in the vein of Gone Girl and The Girl on the Train.  Read More    Buy the Book

The Hope Chest is a deeply emotional novel about three people who have seemingly lost all hope until one woman’s heirloom hope chest is rediscovered in the attic, along with its contents and secrets.

Mattie is a fiercely independent woman battling ALS; Don, her deeply devoted husband is facing a future without his one true love; and Rose, their struggling caregiver, is a young, single mother who feels trapped in her life. Read More  Buy the Book

If Not For You

An emotionally stirring novel that shows how obstacles can be overcome, differences can be strengths, and sometimes a choice can seem wrong even though it s absolutely right.

If not for her loving but controlling parents, Beth Prudhomme might never have taken charge of her life and moved from her native Chicago to Portland, Oregon, where she s reconnected with her spirited Aunt Sunshine and found a job as a high school music teacher. Read More   Buy the Book

The Cutaway draws you into the tangled world of corruption and cover-up as a young television producer investigates the disappearance of a beautiful Georgetown lawyer in this stunning psychological thriller, perfect for fans of Paula Hawkins and Gillian Flynn.

When brilliant TV news producer Virginia Knightly receives a disturbing “MISSING” notice on her desk related to the disappearance of a beautiful young attorney, she can’t seem to shake the image from her head. Read More   Buy the Book

The Secrets You Keep

From the New York Times bestselling author of The Wrong Man and Eyes on You comes a harrowing new psychological thriller about a successful self-help author who suddenly finds her life spiraling dangerously out of control.

What would you do if you realized that your new husband, a man you adore, is keeping secrets from you—secrets with terrifying consequences?

Bryn Harper, an accomplished self-help author, already has plenty to deal with. She’s still recovering from a devastating car accident that has left her haunted by recurring, smoke-filled nightmares. Worse still, she can’t shake the ominous feeling her dreams contain a warning.  Read More Buy the Book

It Happens All the Time

From master storyteller Amy Hatvany—whose writing has been hailed as “gripping and emotionally honest” (Stephanie Evanovich, New York Times bestselling author)—comes a provocative and compelling novel about two friends whose lives are changed by a drunken kiss.

I want to rewind the clock, take back the night when the world shattered. I want to erase everything that went wrong.  Read More  Buy the Book

The endgame is at hand for Penn Cage, his family, and the enemies working to destroy them in this exhilarating final volume in the epic Natchez Burning trilogy set in modern Natchez, Mississippi—Greg Iles’s bold and ambitious story of blood and honor, violence and revenge that explores how the sins of the past continue to haunt the present. Read More   Buy the Book

Violet and Finn were “meant to be,” said everyone, always. They ended up together by the hands of fate aligning things just so. Three years into their marriage, they have a wonderful little boy, and as the three of them embark on their first vacation as a family, Violet can’t help thinking that she can’t believe her luck. Life is good.


So no one is more surprised than she when Finn leaves her at the beach—just packs up the hotel room and disappears. And takes their son with him.  Read More    Buy the Book 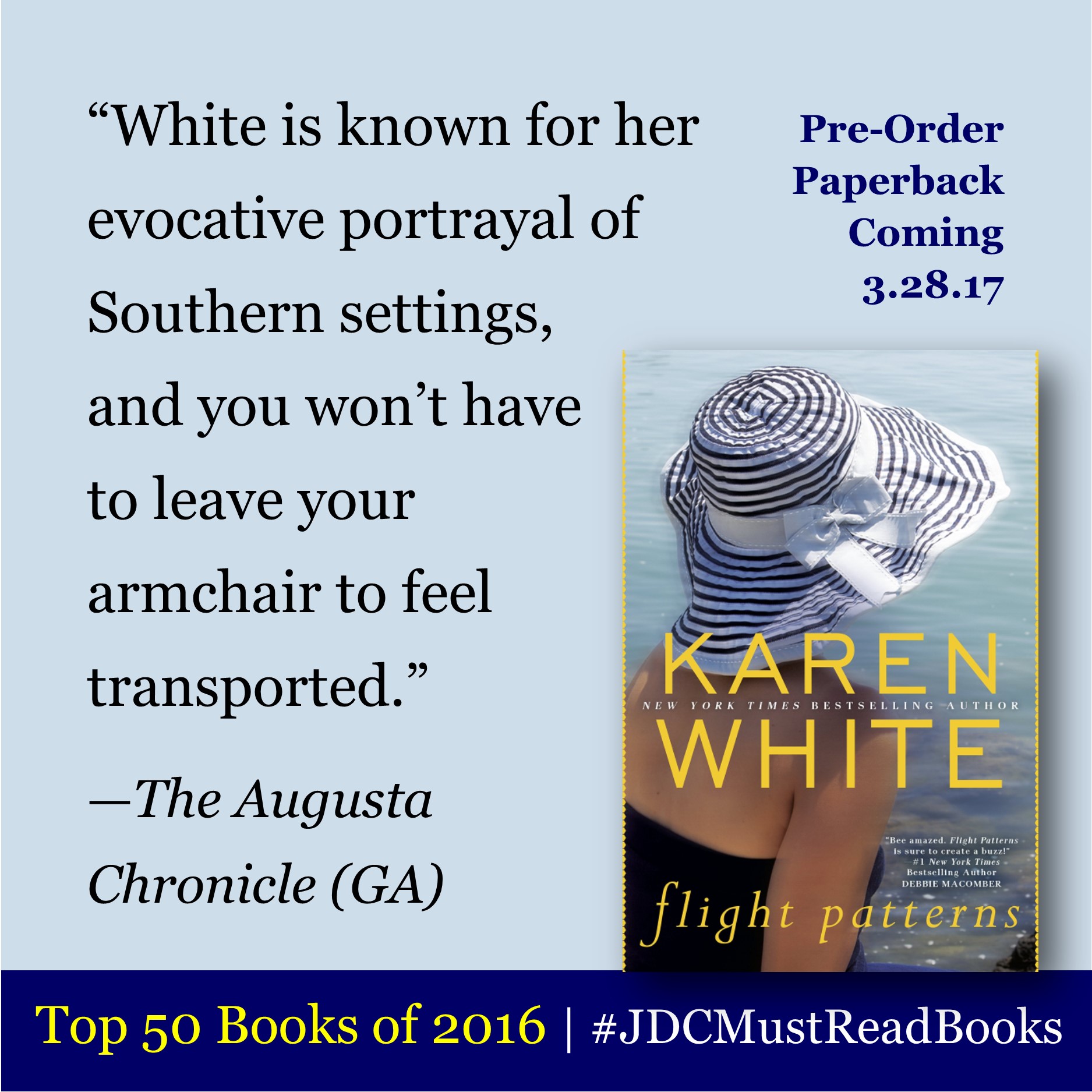 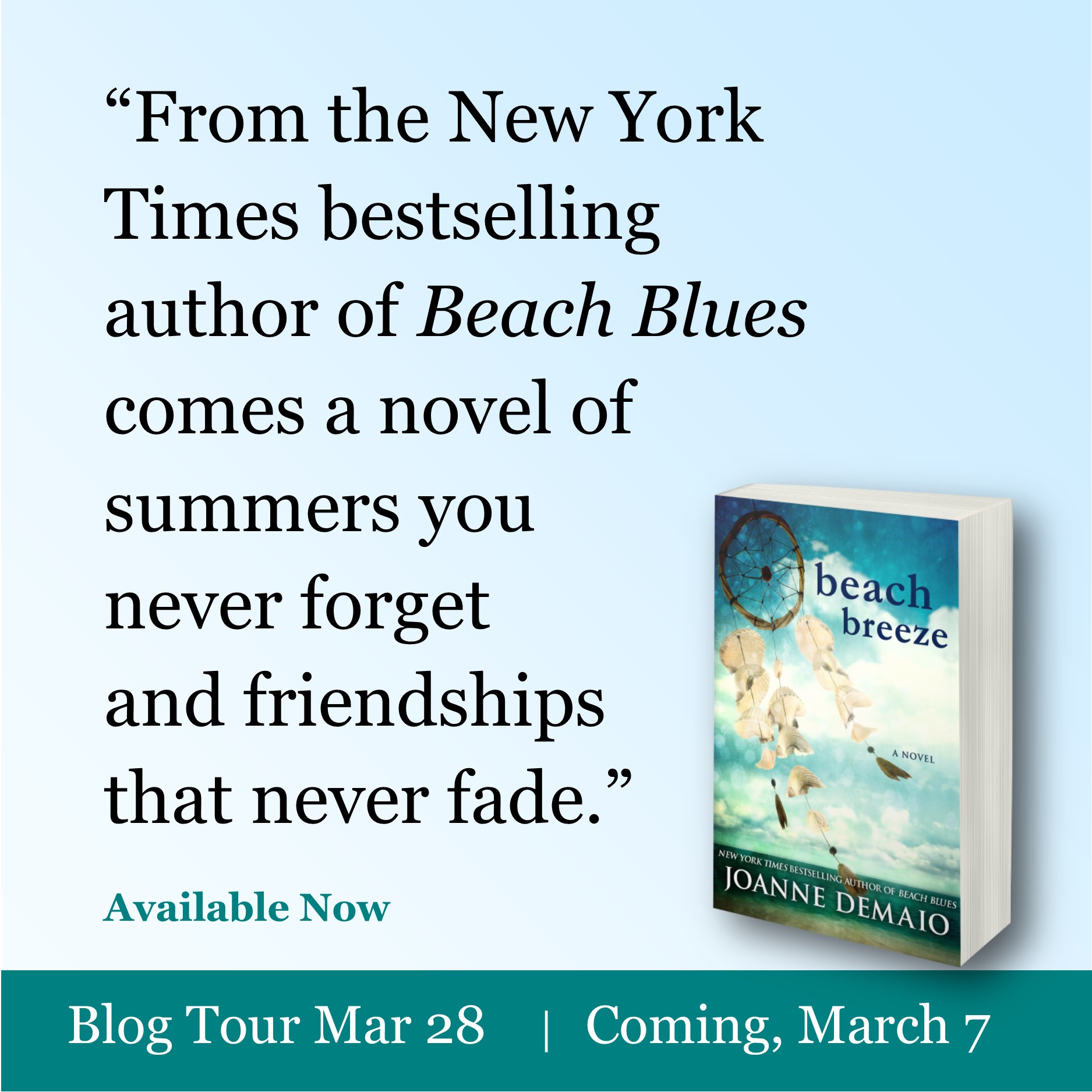 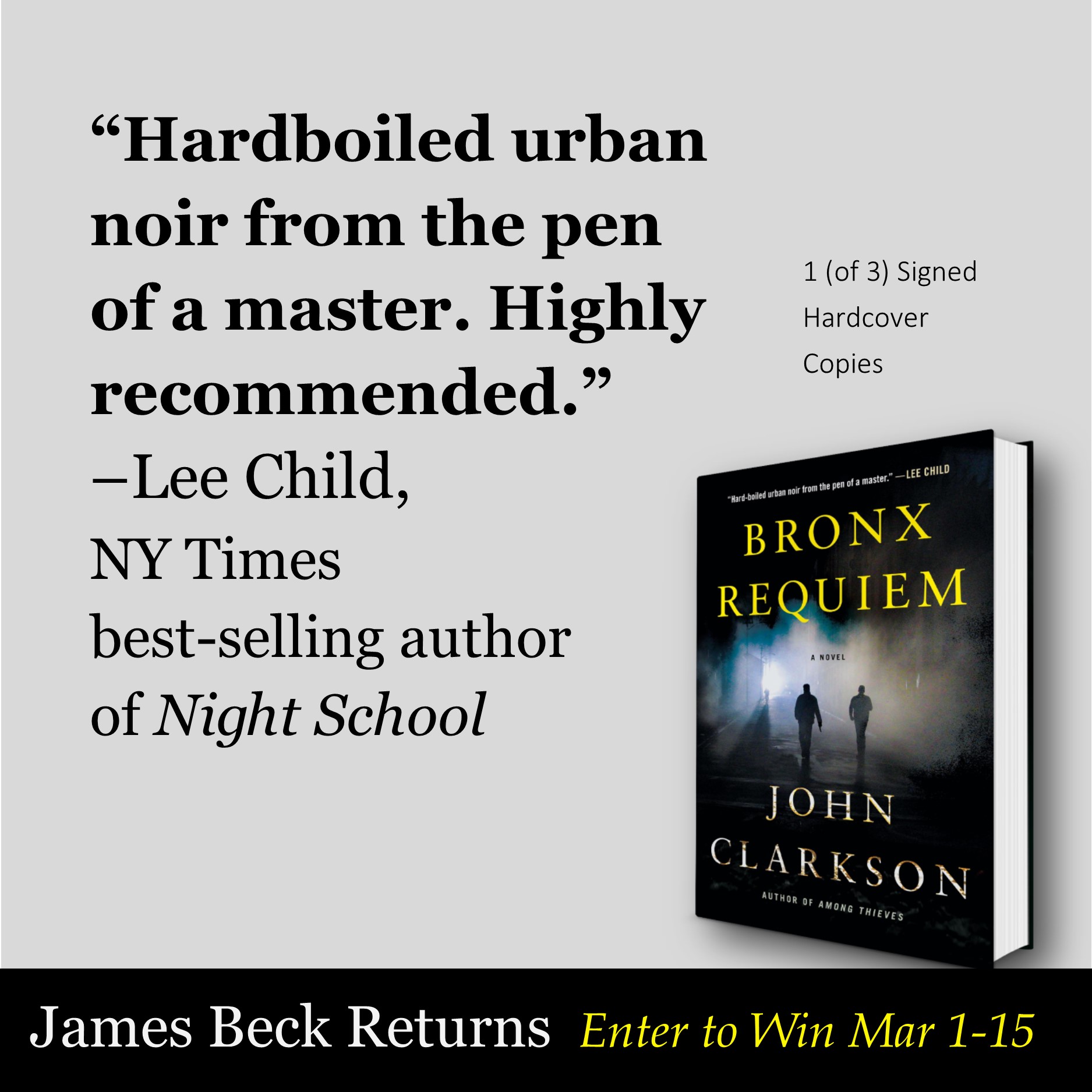 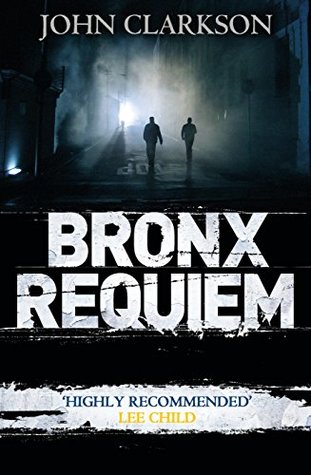 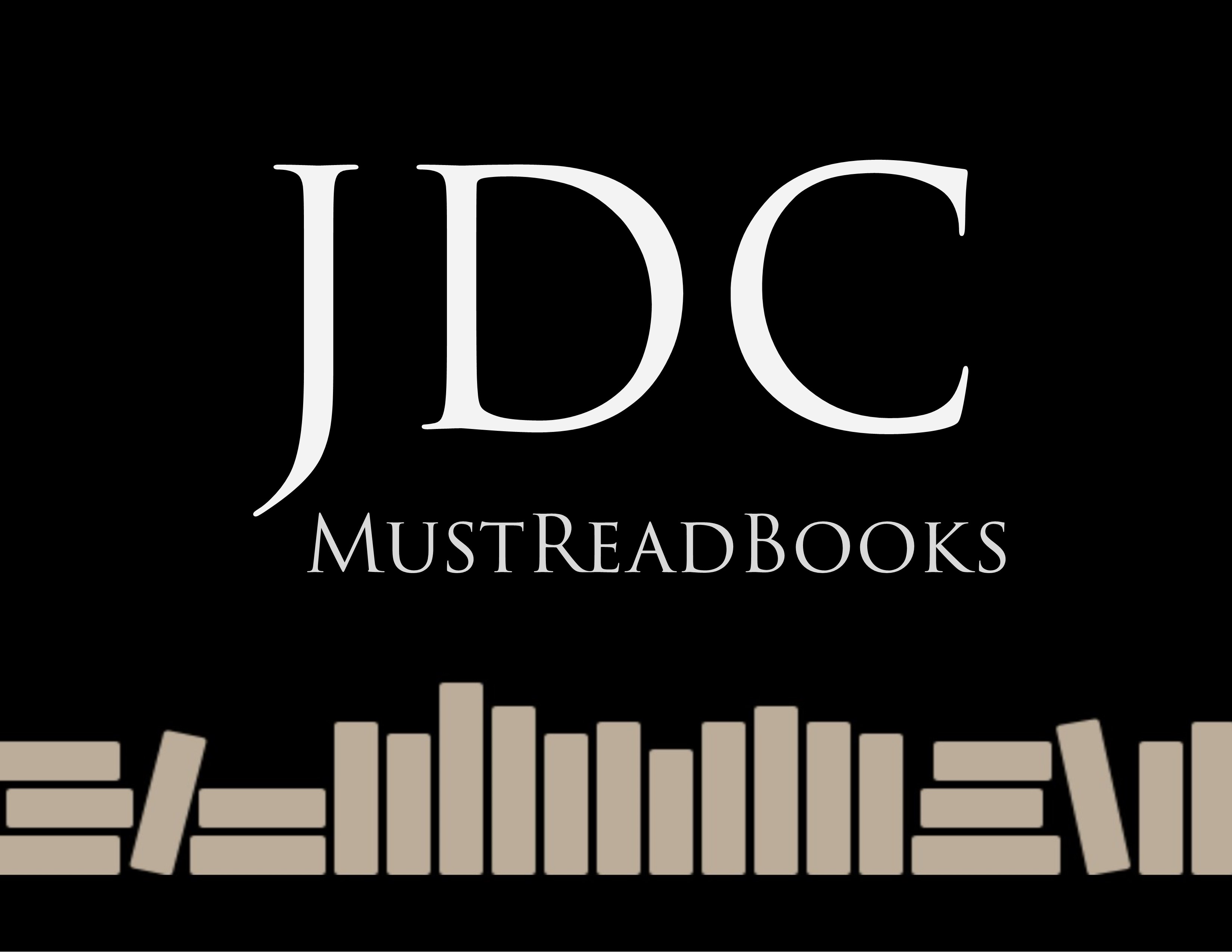