The TBR Wait is Finally Over! 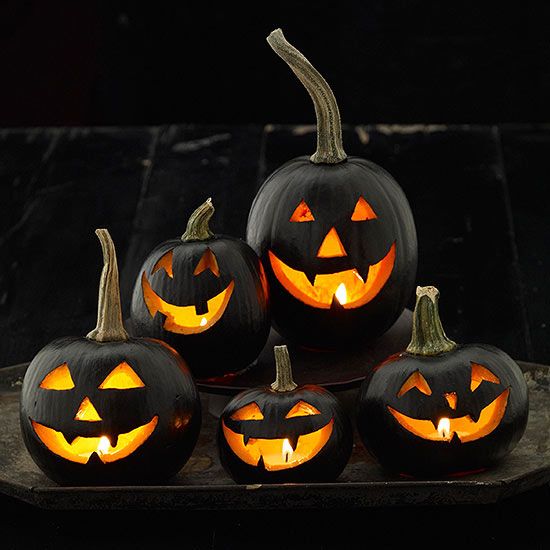 Happy Halloween!
Some Spooky Good Page-Turners Coming Nov 1
Books to keep you up ALL Night!

THE WRONG SIDE OF GOODBYE

Detective Harry Bosch must track down someone who may never have existed in the new thriller from #1 New York Times bestselling author Michael Connelly.

Detective Harry Bosch must track down someone who may never have existed in the new thriller from #1 New York Times bestselling author Michael Connelly.

Harry Bosch is California's newest private investigator. He doesn't advertise, he doesn't have an office, and he's picky about who he works for, but it doesn't matter. His chops from thirty years with the LAPD speak for themselves.

Soon one of Southern California's biggest moguls comes calling. The reclusive billionaire is nearing the end of his life and is haunted by one regret. When he was young, he had a relationship with a Mexican girl, his great love. But soon after becoming pregnant, she disappeared. Did she have the baby? And if so, what happened to it?

Desperate to know whether he has an heir, the dying magnate hires Bosch, the only person he can trust. With such a vast fortune at stake, Harry realizes that his mission could be risky not only for himself but for the one he's seeking. But as he begins to uncover the haunting story--and finds uncanny links to his own past--he knows he cannot rest until he finds the truth.

At the same time, unable to leave cop work behind completely, he volunteers as an investigator for a tiny cash-strapped police department and finds himself tracking a serial rapist who is one of the most baffling and dangerous foes he has ever faced.

Swift, unpredictable, and thrilling, The Wrong Side of Goodbye shows that Michael Connelly "continues to amaze with his consistent skill and sizzle" (Cleveland Plain Dealer).

Everything has been leading to this.

It’s the Saturday of Memorial Day weekend, May 23rd, and the small town of Promise Falls, New York, has found itself in the midst of a full-blown catastrophe. Hundreds of people are going to the hospital with similar flu-like symptoms—and dozens have died. Investigators quickly zero in on the water supply. But the question for many, including private investigator Cal Weaver, remains: Who would benefit from a mass poisoning of this town?

Meanwhile, Detective Barry Duckworth is faced with another problem. A college student has been murdered, and he’s seen the killer’s handiwork before—in the unsolved homicides of two other women in town. Suddenly, all the strange things that have happened in the last month start to add up…

Bloody mannequins found in car “23” of an abandoned Ferris wheel…a fiery, out-of-control bus with “23” on the back, that same number on the hoodie of a man accused of assault…

One sister has everything. Her twin hates her for it.

Would life be better without Ali? Probably. At least then people might think about Morgan. Ali's always gotten everything ― she doesn't even realize how much Morgan resents her.

Ali also doesn't realize that when she shuts Morgan out entirely, she will unleash a chain of events that show just how dangerous the underside of love really is. As their lives spin toward something neither one of them can control, a terrifying crime reveals how those who know us best can destroy us...or save us.

From the New York Times bestselling author of The Marriage of Opposites and The Dovekeepers comes a soul-searching story about a young woman struggling to redefine herself and the power of love, family, and fate.

Growing up on Long Island, Shelby Richmond is an ordinary girl until one night an extraordinary tragedy changes her fate. Her best friend’s future is destroyed in an accident, while Shelby walks away with the burden of guilt.

What happens when a life is turned inside out? When love is something so distant it may as well be a star in the sky? Faithful is the story of a survivor, filled with emotion—from dark suffering to true happiness—a moving portrait of a young woman finding her way in the modern world. A fan of Chinese food, dogs, bookstores, and men she should stay away from, Shelby has to fight her way back to her own future. In New York City she finds a circle of lost and found souls—including an angel who’s been watching over her ever since that fateful icy night.

Here is a character you will fall in love with, so believable and real and endearing, that she captures both the ache of loneliness and the joy of finding yourself at last. For anyone who’s ever been a hurt teenager, for every mother of a daughter who has lost her way, Faithful is a roadmap.

Alice Hoffman’s “trademark alchemy” (USA TODAY) and her ability to write about the “delicate balance between the everyday world and the extraordinary” (WBUR) make this an unforgettable story. With beautifully crafted prose, Alice Hoffman spins hope from heartbreak in this profoundly moving novel.

From the author of Accidents Happen, The Hidden Girl, and The Playdate—called “a supremely accomplished debut thriller by a writer to watch” (Booklist, starred review)—comes a new, heart-pounding novel about a journalist set on discovering the identity of a stranger who has turned her life upside down.

When Grace and her childhood sweetheart Mac come home from their honeymoon in Thailand, they’re shocked to find a dead body beside their pile of unopened wedding presents. The police are unable to ID the man, so it is assumed that he was a burglar who died from natural causes. Little do they know that evidence for a rather different story is hidden right beneath their apartment…

Three months later, Grace finds a card that, in place of well wishes, bears the message: “That man was Lucian Grabole.” A newspaper reporter fearing for her job, Grace lands on an idea that could answer some questions, and save her career as well. She’ll pitch a story to her boss called “Who was the man in my kitchen?”

Soon Grace is trekking across Europe, talking to strangers and piecing together clues as she tries to unravel the mystery of who Lucian Grabole was, and why he met such a macabre end. Suddenly, with two more deaths linked to the case, it becomes clear that Grabole most certainly did not die a natural death. And the answer to the mystery of who the killer is, and why, lies back in Grace’s apartment...

For fans of The Secret History and How to Get Away With Murder comes an exciting new voice in suspense fiction.

Ten years working as a prosecutor have left Meredith Delay jaded and unsure of what she wants out of life. She’s good at her job, but it haunts her. Her boyfriend wants her to commit, but she keeps him at arm’s length. Then Meredith is assigned to a high-profile prosecution involving the violent murder of a fallen hockey star.

At first, it appears to be just another case to work. But when her old friend Julian is accused of the murder, it takes on a whole new dimension.

Meredith, Julian, Jonathan, and Lily were a tight-knit group in law school. But now, Jonathan’s defending Julian, and Lily’s loyalties aren’t clear. And when Julian invokes a rare—and risky—defense, Meredith is forced to confront their past.

Has something they played at as students finally been brought to death?

Years ago, when I was in law school, and long before I ever thought I might write a novel, I wondered if it was possible to plan a perfect murder. Not because I wanted to pull one off—I promise!—but as an academic exercise. That idea never went away. So when I thought about the kind of novel I might want to write, that idea stayed with me, and bloomed into The Murder Game.

Did I plan the perfect murder? You tell me

Jonathan Beecher, a middle-aged widower and small-town store owner, has never asked for much. But lately, all too much is being asked of him.

The bombing of Pearl Harbor plunges America into World War II and deeply fractures Jonathan’s own family. His eldest son, a civilian contractor, is trapped on a Japanese-occupied island in the Pacific. Jonathan’s feckless younger son ignores his father’s pleas to stay home and joins the army. And his bright, devoted daughter, who Jonathan hoped would go to college, elopes with a brutally abusive man instead.

Jonathan has always met adversity with quiet faith, but as his emotional and financial losses accumulate, so do his doubts. In the midst of his pain, Sarah, a widow herself, emerges as a kind, compelling friend. Powerfully drawn to Sarah, Jonathan struggles to remain true to his late wife.

James D. Shipman’s tender, wise novel examines the paradox of human suffering: how irrevocable loss, if we are willing to let it, begets spiritual gain.

Learning to Live on God's Timeline

It’s easy to believe God when a promise is new. It’s hard when the years pass and nothing changes. It’s even harder when desperation strikes, your plans backfire, and still God does not fill the emptiness. But what if, in this waiting, God is calling us to more?

Join author Marlo Schalesky on a unique, contemplative journey to reveal the wonder that is often missed when we find ourselves struggling to wait well. Walking through the life of the biblical character Sarah, one who knows what it means to wait, you will discover a glimpse of God’s character that will give you strength to keep hoping and praying for the desires of your heart.

Waiting for Wonder is a journey into the heart of God where you will wrestle with personal questions, think deeply about God’s true character, and learn to appreciate His divine work as you discover your own path to the promised land. Recapture your hope, restore your soul, and renew your vision of a wondrous Savior when you learn to live on God’s time.

The Spectacular World of Waldorf: Mr. Waldorf Travels to the Mysterious China

The Spectacular World of Waldorf series allows children to discover new places in the USA & Worldwide through humorous and intriguing travels for the picture book age reader.

Bright-detailed illustrations combined with the attention savvy stories allow parents, educators and more to introduce the world to small children in a format while grabbing their attention. This comical Labrador draws children into his whimsical adventures in search of his lost reading spectacles.

The poor pup has a habit of misplacing them but children will be enticed into his many travels to help silly Mr. Waldorf locate them as he discovers new friends and places in a format that small children will easily recollect and adore.

On this adventure, Mr. Waldorf discovers the mysterious China. The curious canine encounters fun new friends and places while visiting Beijing, discovering the Great Wall of China, climbing Mount Everest and traveling the Yangtze River. Silly Mr. Waldorf has a tendency to misplace his favorite reading spectacles and can't seem to find them while discovering The People's Republic of China. Mr. Waldorf will learn all about China, while seeking his missing spectacles. Will you help him find them and learn all about the ancient and beautiful country?