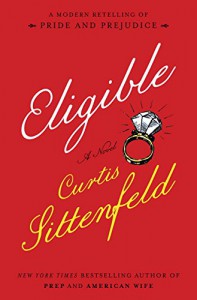 Pride and Prejudice retains a fascination for modern readers, continuing near the top of lists of "most loved books." All about manners, upbringing, morality, education, romance, and marriage in the society of the landed gentry of the British Regency in an English countryside. Modern interest in the book has resulted in a number of dramatic adaptations and an abundance of novels and stories imitating Austen's memorable characters or themes.

With a switching of aristocrats with Ivy-League doctors, and the reality TV show Eligible, a mother still insists on her daughters' marrying rich, (in a different manner)---along with some "all too true" social and materialism of suburban Americans today, mixed with a highly dysfunctional wacky family--it works!

Note to fans of the original—do not feel disloyal or compare. You can read Eligible guilt-free. It is ok to love the light-hearted modern comedy version, and remain true to the Jane’s literary version. 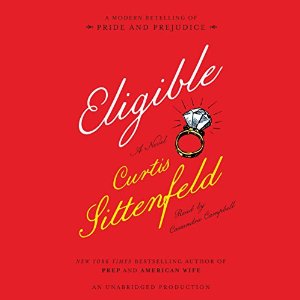 Cassandra Campbell breathes life into each of the characters with her stunning performance! Highly recommend the audiobook. This is a lengthy book with multiple chapters--the audio is a great way to keep you engaged hours on end, while multi-tasking. A perfect narrator, fitting for each of the voices. Some great laughs.

Eligible was commissioned by the Austen Project, which has been pairing contemporary authors with various Austen works. A series that pairs contemporary novelists with Austen’s six works.

Curtis Sittenfeld, American takes on the challenge with style and courage--recreating the contemporary life of the Bennet's in the affluent suburbs of Cincinnati, OH in 2013.

Similar to the 1813 original, we meet a strong heroine, Elizabeth Bennet (Liz), age 38-years-old, a freelance journalist with a women’s magazine, Mascara in New York. She was involved in an affair with a married man. She is independent, feisty, and says what is on her mind.

Jane is sweet, approaching 40-years-old, a yoga instructor in New York, as well, and currently undergoing artificial insemination from an anonymous sperm donor. Liz and Jane have returned to the family home in Cincinnati after their father suffered from a heart attack.

There are four sisters, various men, and a social-climbing obnoxious mother Mrs. Bennet (online shopping addition) which wants nothing more than to maintain her country club status—keeping up appearances, and have her daughters marry into the proper life of wealth and prestige.

The father, Mr. Bennet, is sardonic, self-absorbed and the family is in complete financial ruin, keeping his wife and family in the dark, (clueless) of their status…plus they do not have health insurance. His wife and three grown daughters live at home—all jobless--he is paying their way digging them further in debt.

Liz and Jane are close to age forty, further challenging the clock ticking baby making and marriage subject. None of the girls are married and no prospects. This makes Mrs. Bennet very displeased. However, she may get more than she bargained for by the end of the book. 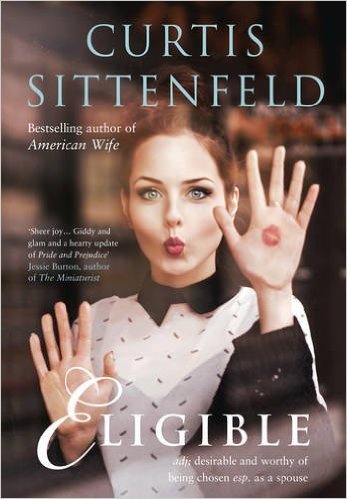 Centered around a reality TV dating show, Eligible, (similar to The Bachelor) --Chip Bingley (Harvard Medical School) a celebrity, handsome bachelor (ER doctor) from a wealthy family is back in town after a not so pleasant experience on the show along with his rich, arrogant, and handsome friend, Darcy (a neurosurgeon—mega loaded). Mrs. Bennet is practically drooling to match up her daughters for marriage to this set.

Liz and Darcy play the cat and mouse game—fueled with love/hate. Romance-American Style--Some great one liners here. Jane/Bingley fall for each other; however, there is the baby (sperm donor) and he is on a dating reality show—no go there, until later.

In the midst of all the drama--the medical bills of Mr. Bennett, a pregnancy, and Liz has to step in to take control, put the house up for sale and get the other two sisters off their butt for employment.

The novel closes with a "happily-ever-after" chapter including a summary of the remaining lives of the main characters, similar to the original. Carolina doesn't encourage her brother's admiration toward Jane as in the original, with a different twist. 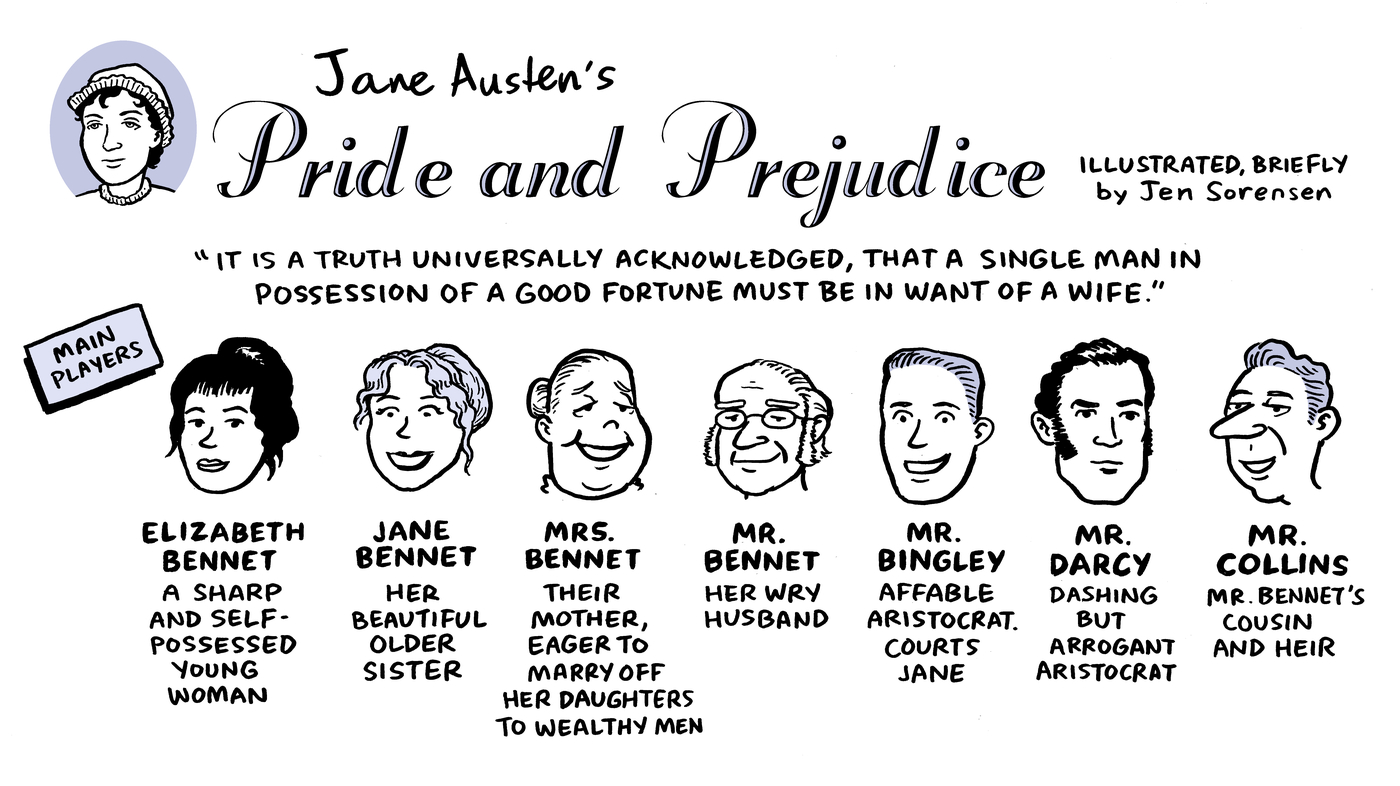 My thoughts: You have to commend Sittenfeld for tackling this major undertaking; after all, it was not meant to be the same.

With the hype of fan fiction re-living the imaginary characters, the author delivers realistically what it would be like in today’s world with dysfunctional families faced with all sorts of issues, from dating, racism, bigotry, transgender, sperm cell donors, financial woes, living above your means, marriage, children living at home, boomers, and in the end--- love of family mixed with wit, to balance the crazy.

Also, a good indication of the today older generation (Mrs. Bennet's) take on the liberal younger generation. She is old fashioned and about keeping up social appearances, snobbery--even if you have to lie. With five daughters from the ages of twenty something to forty, she is appalled none of them are married.

Had to snicker: My mom asked me via phone call, the previous day, “What in the heck is a transgender”? —she is 84 and lives in NC—A conversation in reference to: A federal appeals court ruling on transgender bathroom access in public schools threatens a key provision of a North Carolina law limiting protections for the LGBT community. Plus, my mom is appalled my niece is dating a black guy, and afraid she will bring him by her house, when she is in town—"Oh my, what will the neighbors think?"

I was laughing out loud about Darcy/Mrs. Bennett "cleft palate" relation to transgender, to sooth the situation. I should have taken a line from the book, to appease my elderly conservative mom. (especially since her brother was born with cleft palate). Fitting, you think?