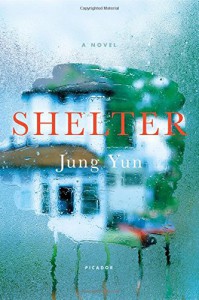 What goes on behind closed doors?

Korean American Kyung Cho, a 36-yr. old professor of biology at a liberal arts college in Massachusetts, and his American wife, Gillian--their life is unbalanced. He is bitter-having issues with his own young son, an unfulfilled career, and a troubled marriage.

They have lived off credit cards, and have looked into selling the house; however, due to the economy, it is not worth it. Their family finances are unraveling and he and his wife, Gillian are forced to rent out their home and move in with his parents. Things have spiraled out of control. From pain and loneliness, from past to present—from shame, disapproval to anger.

Painting a realistic dark picture of how most Americans live beyond their means. The fallout of abuse. Hidden family secrets. From poor decisions, which have caught up with this family.

The author ties in two generations--Jin and Mae, the parents –who appear to have all the comforts anyone would desire on the exterior. His parents are very wealthy. However, even though they provided for him, they were distant. They provided the material possessions; however, not the emotional. A perfectionist. Hidden family secrets. Heartbreaking.

When the unspeakable happens, an act of violence--roles are reversed. They have to take care of the parents. Old hurts and pent up anger surface. The relationship between a child and parent. His parents were not so perfect. There was abuse. His parent’s relationship was not of love.

An untangling of lies. Can a man start over? A safe place in the middle. Forgiveness? A powerful inter-generational debut. I listened to the audiobook narrated by Raymond Lee for an emotional and insightful look into complex family dynamics--even though at times felt a little long and drawn out.