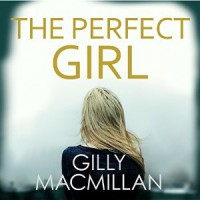 Gilly Macmillan returns following What She Knew with her second gripping psychological thriller, THE PERFECT GIRL -a hypnotic literary domestic suspense mystery; a teen, a family of dark secrets, a performance, and the lengths they will go to protect those they love.

How small initial differences may lead to large unforeseen consequences over time. A first and second life. Is there hope for a third? A Sunday Night performance—before and after.

Set in Bristol, Zoe Maisey, a musical prodigy—a pianist. A fall from grace, a tormented life---after causing the death of three teenagers when she was only fourteen years old. A conviction. She has done her time at the Unit. Eighteen months. Was she really guilty—DUI? Drugged, or set up?

A scholarship. A cost. Leaving the farm for a private school. A broken family. The unraveling. A father, shut down. A mother who pretends the past does not exist. Appearances. The actress. Survival. Protect her daughter. A fantasy world until reality comes to the surface. A perfectionist. Plaster masking the broken cracks.

Zoe left one life and entered another. Piano could help her rediscover herself. Her talent and intellect. The family encouraged her. A Second Chance family. Desperate, the second chance family may not be as it appears.

The book starts with a Bristol debut. Sunday evening, a performance – a second chance at life. Lucas and Zoe (yin and yang). Zoe and her stepbrother, Lucas. They were to start with a duet, a brain child of their parents. They would prefer to play alone, both performers; however, they are trying to please their parents. Everything else fades away when she is performing. The music awaiting, the audience, everything perfectly balanced—tonight is seamless, beautiful.

Next there is shouting. The end. Six hours later her mother is dead.

Told from multiple perspectives: Zoe, Sam the attorney, Lucas-step-brother, and Tessa, the aunt (Zoe’s mom’s sister) and Tessa’s husband, Richard. We hear from each person and the events leading up to the concert before and after.

Devastation. Can anyone escape the past?

Tessa —unexplained fertility—they looked at all the options, her husband Richard’s drinking, she is a Bristol vet. She and her husband are growing apart and during the trial, she gets close to Zoe’s lawyer, Sam.

Marie was the naughty girl (the sister) and Zoe’s mom, while Tessa was focused on being a vet. Marie the younger sister. Marie made it her mission to nurture her daughter, Zoe’s talent. Zoe was the child Tessa loved since childhood – she made a stupid mistake. The fall out has fractured Marie, and Tessa is stronger. She believes Zoe and wants her to know she is loved before and after the accident.

She is the first to see the man. A meltdown. Truths uncovered. Revenge. Lucas hears the shouting before Zoe, during a complicated part---a man is standing in the middle of the isle. A travesty. She killed his daughter. She knows him. Her mother rises from her seat. She pleads. Zoe is afraid. She leaves the stage. She flees to a corner. Thomas Barlow.

Who could have stopped him and changed the events which unfolded? What are the odds he would be living in the same community as Chris, Marie, Zoe, Grace, and Lucas? Why was she preforming at the church where his daughter was buried? Could this be a coincidence? Should Zoe and Marie be able to move on with their privacy? Are they cursed?

Zoe once again causes domestic bliss to implode. A victim.

A new family, dark secrets, a past comes to the surface. A mother’s remarriage. An attempt to start over. Grace a new baby sister. Chris a demanding controlling husband and step-father. A mother living in a fantasy world, abusive; withholding the past in order to protect her new family and future. Zoe’s hour glass life.

How can Zoe payback everyone she loves, for everything she has done? In order for Zoe to have a shot at a Third Chance family, she has to protect those she loves.

Loved THE PERFECT GIRL! The author brilliantly creates her characters and slowly builds tension and suspense, leaving readers on the edge of their seats with their every move. My first attempt listening to the audio, had many interruptions. I put it aside and began again. The second time without interruptions, I was immediately pulled into the story. The author creates an intense exploration---a slow burning domestic psychological suspense.

Strong, impressive complex character-driven tale; each is performing with their own motives---- with highly charged topics of domestic abuse and alcoholism. The past slowly unravels. Chris and Marie are two master performers – wearing masks. Manipulators. You will root for Zoe to the explosive ending, where her first and second lives have many similarities—truth is altered to protect family. Fact and fiction. Perfect versus flawed. Loved the twist with Richard and Tessa!

The butterfly effect is exhibited --The scientific theory that a single occurrence, no matter how small, can change the course of the universe forever. Paths and outcomes. A concept that small causes can have large effects.

Fans of Mary Kubica and Paula Daly will enjoy the author’s taut and twisted thrill ride-- no matter how fast and far we run, the past always catches up with us in the end. However, the past may serve you well--to handle the next chapter of your life. 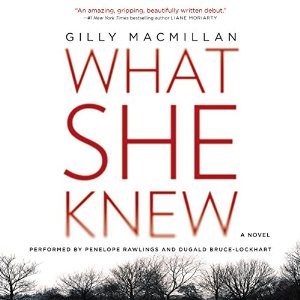