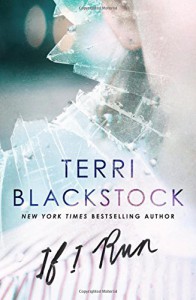 Series: An If I Run Novel

A special thank you to Zondervan Fiction and NetGalley for an ARC in exchange for an honest review. Cover Love!

Terri Blackstock’s first installment in her riveting new multi-layered complex mystery crime series, (An If I Run Novel) IF I RUN, features a strong unstoppable heroine you will root for, a decades old conspiracy, corrupt cops, a former war veteran with PTSD—a grandmother (readers will love), and her teenage granddaughter which has been missing for two years- landing in cold cases.

Caught in the cross-fires, separate cases, which intersect with twists, and turns around every corner—Explosive, Intense, Suspense! A race against time, leaving you holding your breath as you continue turning the pages. Compulsively addictive--a suspense thriller, you cannot put down. When things are not as they seem.

As the novel opens we meet Casey Cox in the aftermath of a brutal murder scene. Brent Pace’s body. Age thirty, he was stabbed six times and been dead for several hours before he was found. The man she cared about. The man trying desperately to help her. She put him in harm’s way. He was too close to the truth, and they killed him. She found him—he was dead.

Now they will be after her. She cannot go to the police, since they are part of the problem—the cover-up. All she can do is be smart, think fast, and stay one step ahead of them, until she can gather enough information to bring justice. She is a fugitive on the RUN. How will she survive?

Scared and alone, she has to disguise herself with little time. Her mom and sister know she is innocent and all the people close to her. She has to run. She will not be able to use credit cards or her cell phone, nor rent a car. She writes her landlord a check and note, and with a wad of cash, her backpack, a pair of scissors, and a box of hair dye, she takes a Greyhound bus—scared for her life to Texas. She knows they will be after her soon.

Casey cannot believe she is hiding from the law, when her parents raised her to respect authority and believe in the system. However, that was before the system turned on her (them). To her family, committing murder is as foreign as committing suicide.

Readers get bits and pieces of a backstory. Her dad was a cop. At age twelve he committed suicide and she was the one to find him. However, she knows her dad suspected some people on the force – a cover-up, and before he could take the information over their head, they killed him. He would never commit suicide. It was all staged and meant for her to find him.

Casey and her boyfriend, Brent had been working on the case to gather more information. He told her he had more damaging information and she was on her way, when she found him dead. She has always been haunted by her dad’s death, and knew something was not right. They got too close to the truth, and once again, the bad guys eliminated the source. This time it was Brent.

She knows they will have cops in every city looking for her. They wanted her dad to pay, her boyfriend, and now her. She knows it isn’t justice that will make them come for her. Justice never had anything to do with it. When you cannot go to the cops, where can you turn. Who can she trust?

When she and her sister were cleaning out her dad’s things they found $35,000 he saved over time throughout his career and marked for a Rainy Day. They gave it to their mom and she insisted they split it three ways. She has never touched it or put it in the bank. She knew her dad made the provision for her, as if he had known one day should would have to run from his enemies.

She loves that her dad had the foresight to leave them the money. However, he would have been horrified to know that she had inherited not just his money, but also his foes. This is her rainy day. Her dad always taught her that humanity demands that you stand up for what’s right. He told her there would come a time when she would have to take risks.

On the road, from diners, cheap motels, libraries, changing buses, and periodically checked the internet – she is wanted for murder. She has to get a fake ID, and a credit card in order to rent a car. She becomes the name Grace. She has to remain under the radar.

Then she meets a kind older woman on the bus, Miss Lucy. A woman she does not know, or knows nothing about her. They connect. She has no clue how their paths will connect again. Miss Lucy’s granddaughter has been missing for two years, and now she is going to live with her daughter in South Georgia. Casey/Grace is intrigued with this case and cannot believe the cops are not doing anything to find her. Lucy a victim of domestic abusive (a great backstory), thinks Grace (Casey) is on the run from a domestic abuse situation, and she urges her to come to the south Georgia small town to start over. She does not tell them the situation.

In the meantime, Dylan, a former cop in the army --Criminal Investigations Division is suffering from PTSD. He is out of work and the force does not want to hire people who could snap. The CID had an issue with it which is why he was discharged. They send you to places where bombs go off and explode, blowing your friends to pieces before your eyes. Then they punish you when you can’t stop thinking about it. Escape is not an option. He has to keep moving forward.

The worst news, Dylan’s lifelong friend (Brent) has been murdered—he has not seen in years. Now the family wants him to be a pallbearer. Murder does not seem to fit with this well-to-do family. The family wants to hire him as a private investigator to bring in the killer, Casey Cox, since the police department needs more help. They will pay all his expenses. How difficult could it be to bring in one gal?

The police department says if he does a good job, he may be able to get into the force even with his disabilities. Dylan thinks his dreams may have come true; however, he has NO clue what he is getting himself into. The closer he gets to tracking down Casey, and the more information he learns, makes him suspect someone besides Casey. No way she could be the killer. Things do not seem right, nor do they add up--the cops are not telling all.

In the meantime, Casey is so smart (loved her) staying one step ahead of the law, and after meeting Miss Lucy, she decides to get a job and rent a small cottage nearby. They connect again. She buys burner phones and sends one to her sister. A bit of good news happens when her sister says a package came for her. (Brent had some damaging tapes which he had mailed to her before his death). She has to get the package.

While Dylan is trying to find Casey, going from one town to another…he digs deeper. He now has the corrupt cop on his tail, the one which will not supply information he needs, and Brent’s family pushing him. He cannot express his suspicions. He has to find the girl before they do, so he can figure out what in the heck is going down.

In the meantime, Casey (Grace) is playing detective herself,when she figures out who may have Lucy’s granddaughter. (this part was chilling) Putting herself in harm’s way, from a psycho, who kidnaps young girls as uses them as sex slaves--she is trying to save a missing girl, and a baby--- while trying to save herself, and bring her dad and Brent’s death –to justice by collecting enough evidence on the dirty cops to go to the feds. However, each time she gets closer, the person turns up dead.

Dylan has no clue what he is walking into. WOW, this is one powerful fast-paced story—redemption. When you get to the end, one piece of the puzzle is solved; however, Casey is still on the run - a cliffhanger.

Cannot wait to see what happens next with Casey (now she will need a new identity, since the cops are on to Grace). On to another southern state. NC, VA, or TN. Hope it is NC. Round one conquered. Round two, and three to come. Keegan and his cohorts are still after her; however, now this guy Dylan is right in the middle.

The second installment cannot come soon enough…please let it be in 2016. Not sure I can wait another year. A huge fan of Terri Blackstock, have enjoyed her other series; however, I think this is her best yet!  A lot going on with some great human dynamics mixed with the cop/crime saga, and fabulous character development- Loved it!  Also pre-ordered the audiobook.

As always, the author discusses good versus evil, and Christians are not immune to this fallen world. He will one day bring forth justice which is always a comfort. He is in control. In the meantime, we need to stand up for our beliefs, and wait for our redemption.

What an inspiring new series, with an edge-of-your-seat cliffhanger!