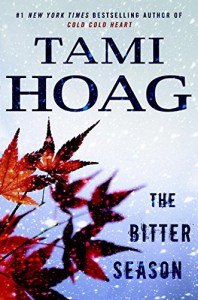 ISBN: 0525954554
Series: Kovac and Liska #5
Publisher: Penguin/Dutton
Publication Date: 1/12/2016
Format: Other
My Rating: 4 Stars
A special thank you to Penguin/Dutton and NetGalley for an ARC in exchange for an honest review.

Two separate twisted cases. A cold case. A murder from the past. A murder from the present. And a life that was never meant to be. Both cases will collide, in this heart-pounding psycho-crime mystery thriller, leaving your page-turning into the wee hours of the morning.

As the book opens it is winter in Minneapolis, MN twenty-five years earlier. A sex crimes cop Ted Duffy is chopping wood. Purgatory had become his life. Little did he know, this would be his last night on earth. Could death be worse?

Flash forward to present day. The twenty-fifth anniversary of Ted Duffy case. The murder of one of the city’s finest (which no one liked). The news may shake something loose. An unsolved murder.

From the last book in the series, The 9th Girl, Liska has a wake up call and decides to take a step back from the long hours of homicide, to spend more time being a mother of her two sons. With her crazy ex-husband, which is like another terrible teen—someone has to the responsible adult.

Nikki finds she is missing the adrenaline rush of the hunt; and now she is in Cold Cases. She takes no crap from any man (love her). She learned a long time ago to take any advantage she could get in this profession still dominated by men. She is working with a new female Homicide lieutenant, Joan Mascherino- a good thing. However, she has to deal with male bully, Grider--- a manipulator, prick and royal pain in her ass--who happened to be on the case twenty-five years ago, friend, and never solved. She is sure to remind him of this often. He explodes, when Nikki is chosen to head up the case.

Liska had her own agenda. She had leveraged her role in closing the Doc Holiday cases to get assigned to this unit. In homicide she may be on for twenty-four hours or more straight. In Cold case, there was no urgency. Regular hours, giving her more time with her boys. She had spent the better part of a decade in Homicide. But RJ and Kyle (14 and 16) were growing into young men and she needed to be there for them. No matter how much she loved her job, she loved the boys a million times more. The challenges would be different, but she would still be fighting for a victim.

Sam Kovac, misses Liska (Tinks)– Tiny but fierce. However, now he is saddled with all these new young punks with his latest partner, Taylor. Young “Magic Mike” Channing Tatum. (lots of fun here)…Sam did not want a new partner. He was too old and cranky to break into a new one. He and Liska had been partners for so long, they were comfortable together; their styles meshed, and they had learned to tolerate each other’s annoying habits. Like an old married couple that had never had bad sex. Instead he has a kid, a good-looking one in great shape-at that—making him feel even older.

Kovac: “How can you even break a sweat in Cold Case. Your vics have all been dead for years.”
Liska: “Like my love life.
Kovac:  “Maybe that’ll pick up now that you don’t have to worry about going on a date smelling like a fresh corpse.”

She always nagged him like a wife; more annoying than a kid sister. However, he could not blame her for transferring to take care of her boys as a single mom—He still misses her.

Kovac has a new murder case. A husband and wife have been murdered in their own home. A crazy daughter Diana, and a conservative son Charlie. The professor is not liked by many, including colleagues and his own family. There is motive; however, nothing to nail the case. The double homicide of a U of M professor and his wife in their own home would bring out the brass and local political muscles to push for an full investigation and closure as soon as possible.

While her old partner is working the scene of a double murder, killed by a sword-wielding maniac; Liska has her cold case to dig through. Liska thought of all the excitement she was missing and thinks of her own case, yesterday’s news.

Her only clues: a wife, which married her dead husband’s brother, a daughter (which was only nine years old when her dad was murdered), and two foster teen girls which had been kicked out after the cop’s murder. Someone is hiding something. A crazy neighbor and a son.

At first all dead ends. Nikki is persistent. She will not be happy until she tracks down the killer. The family acts as though they do not care if the killer is found. No one wants to relive the murder all over again.

One of the girls who has moved away, now working as a social worker with at risk teens. Evi Burke, the young woman, wife and mother, married to a fireman. How does she fit into the picture? Nikki has to dig into her past. The teen who lived with the Duffy’s at the time of the murder.

In her wildest dreams, she would never have guessed, her cold case might be the key to Kovac’s murder case. A brutal killer is on the loose. He will stop at nothing including decapitation, and brutal killings in his madness for revenge. Explosive!

Having read all the books in the Kovac & Liska series, (love them), my favorite partners in crime duo---was curious as to how the long time partners would fit in this installment. These two will keep you in stitches laughing with Hoag’s witty bad ass one liners.

Never fear —the duo may not be partners; however, they get some joint action when two cases become connected…. we still get our fix.

This is one of those book, you cannot put down. Lots of twists, turns, and surprises; a serious whodunit ingenious mystery. A big surprise ending. Horror fans will get plenty of blood, body parts, decapitation, gore, and violence…not for the weak of heart.