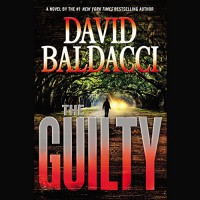 An enthralling suspense thriller, Will Robie #4, Audio narrated by Kyf Brewer (Loved the change--outstanding performance, and oh so sexy) --With talented as always, Orlagh Cassidy (pitch perfect Southern dialect and wide range of voices);landing on my Top Books of 2015— a multi-layered conspiracy tale, ultimately one of redemption.

Fans of John Grisham and Greg Iles will enjoy visiting the southern state of Mississippi, with small-town politics, conspiracies, racism, murder, and an unjust legal system. (I kept thinking the two Mississippi authors, would join in) and possibly, William Faulkner’s ghost.

"You can’t go forward unless you deal with your past."

Robie returns to his childhood home in Mississippi, where he finds the past waiting to catch up with him. Slowly, Baldacii, peels back the layers, as we learn why Robie left Mississippi years ago; to become the person he is today--some great history.

If you are a Will Robie fan, you know he is the best at what he does. A stone-cold hitman- highly skilled assassin, Robie is the man the U.S. government calls on to eliminate the worst of the worst. A sniper; he is sharp, and extremely disciplined. He has learned to keep his emotions at bay. Presently, he is second guessing himself; a tragedy, an innocent child. Is his losing his edge? A critical assignment—he cannot pull the trigger. He freezes.

We soon learn Robie has another side. 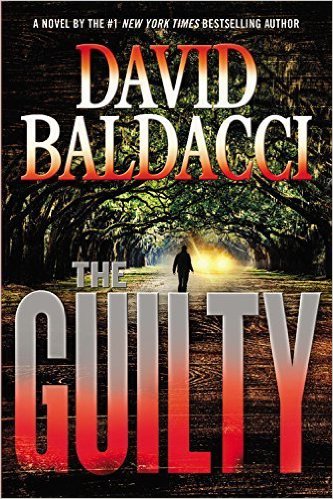 Robie is called back to his southern roots, to Cantrell, Mississippi—a place he has not visited since high school. A past with a high school sweetheart, his life, and his dad, in his rear view mirror.

He soon learns his poor dad (back when), Dan which was not so nice when he was a boy, has turned into a wealthy judge. What happened to this man who basically used his legal skills for barter arrangements….when did he turn into a success? A mansion, wealth, a young wife, and a baby step-brother. Man, his father has been busy.

Only a few of the many surprises.

His father, Dan Robie, has been arrested and charged with murder. Dan was a local attorney and highly respected in the community-after landing a big case and winning. Now a town judge; however, someone has framed him. The town says he is guilty. Dan says he is innocent. However, he does not even have an attorney. Why is he not trying to save himself?

He has been accused of killing Sherman Clancy. In addition, a backstory of an old high school fling, and other interesting tidbits. To recover what he has lost, Robie must confront his painful past---a past he has tried to forget over the last twenty years.

Needless to say, things are tense between father and son. Dan has his own demons, as does Robie. As Robie digs deeper in the events leading up the arrest, he thinks his dad may be innocent, and is drawn further into the investigation. He now is an outsider. What he does not count on is a scheme much bigger and dangerous, than he ever expected in the small southern town.

While trying to save this father, Robie has to face his own past. Father and son may have more in common than they think.

Engrossing! A cleverly written dark web of deceit and secrets. Fans will devour the Reel and Robie team! What a ride.. I enjoyed seeing a more vulnerable human emotional side of Robie, adding to the overall experience with a nice balance. Baldacci’s novels always have an emotional component which keeps me coming back as one of my top thriller authors.

Baldacci keeps the intensity and suspense high—An evil game of revenge, where every character has a tragic past. Action-packed mystery psycho-crime thriller, with twists and turns and surprises which will keep your head spinning--and an evil killer, using both father and son.

The last scene was intense—readers will be holding their breath. The best witty one-liner – when the southern cop asked Robie. "If he knew how to kill or defend himself?" These southern cops have no clue who they are dealing with. Robie keeps his current role a mystery.

For the first time an author has two books on my Top 40 Best Books of 2015. Memory Man (Amos Decker), and The Guilty(Will Robie). Not only were they top books, they also were tied for the best audiobook! (always, a Pre-order). The two books have a common thread . . . Redemption.

Great News for Robie fans: Q & A from David: "Are you planning another Will Robie adventure?"

"The Guilty deals with some elements of Will’s past but it doesn’t deal with all of them. Now that you’ve confronted your past, it raises fresh elements going forward. Future books about Will Robie and Jessica Reel are going to revisit elements that rise out of the dust like a phoenix."