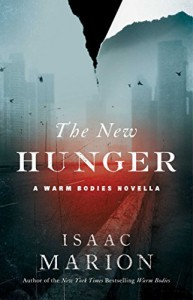 Issac Marion delivers his prequel THE NEW HUNGER(Warm Bodies 0.5) to the “zombie loving” Warm Bodies, the inspiration for the hit film of zombie apocalypse—with its popular ‘Zombie Romance’.

The New Hunger takes place eight years before Warm Bodies. A glimpse of R’s first days as a zombie, Julie and Nora’s journeys through the wastelands, and a key moment that set all three on a path toward each other.

It’s not just a prequel; it’s a bridge to the upcoming sequel, introducing people and things that will have big roles to play in THE LIVING. offers a backstory of Julie, Nora, and R, as he begins to come back to life.

In Warm Bodies the world is facing dark days, and the human race is largely living as a rather unpleasant zombie hoard. There is one exception to the rule however in the form of R; Julie sees that R is different from the other zombies, and the pair embark on an unusual relationship. Is it really possible for R and Julie to maintain a relationship while fighting for survival--hoping to build a better world for everyone?

The world has ended and the corpses are rising up. When did the city die? Was it something quick, earthquakes, or rising tides. Radiation. Viruses. People. Death will introduce itself in its own time. It is about survival, finding food, weapons, and shelter.

Nora and her 7 year old little brother Addis are in a city. Hungry, lost, and scared, 16-year-old Nora without their parents. She is taking care of her brother and herself. They sleep in doorways or alleyways. Addis’ last meal was two days ago; and Nora can’t recall hers. Turns out they are in Seattle.

Julie, 12-yr. old, with a woman’s weathered poise. She was born into this dark world, holding on as she and her parents drive across America to their new home in Canada. She has fired a gun into a human head. She has watched a pile of bodies set alight. She has starved and thirsted, stolen food and given it away, and glimpsed the meaning of life by watching it end over and over. She likes horses and never kissed a boy.

She has more nightmares than dreams come true. Graveyards rising out of the ocean. Her friends’ corpses in the light of their burning school. Skeletons ripping open men’s chests and crawling inside. She endures it waiting for the horror film to end and the theatre to go dark.

Then there is R, a dead man in the forest near the river– now awake. Is he in the world? He is trying to find his way back.

Marion is quite the storyteller, setting the stage with a haunting and emotional account of devastation, horror, fear, and survival. From zombies, monsters, and humans, Warm Bodies'fans will love it! We find out how these characters came together, and get a peak into Book 2, THE LIVING, in a post-apocalyptic world.

When nothing is permanent. Not even the end of the world.

“A hard climb toward humanity. A past life that won’t stay buried. And a new threat so insidious, even the dead are on its payroll. R’s journey continues into the beautiful terrible world of THE LIVING.” 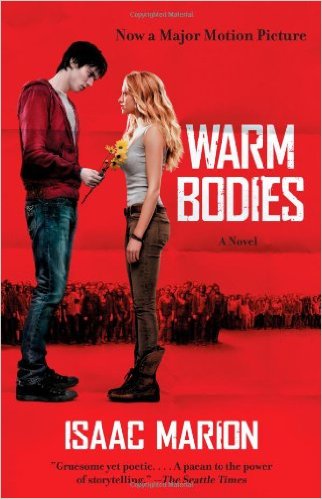