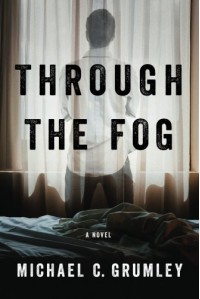 Evan Nash, eighteen years old and is constantly bullied at school, a bit of a misfit. When some bullies run him down with their car, while riding his bike; he hits his head and damage to his bike. Later he begins experiencing change and alarming episodes, draining him, both physically and mentally. He sees things which make no sense.

He is seeking help by seeing a psychologist, Dr. Shannon Mayer. He trusts her and they have a good doctor/patient relationship. However, Evan is unaware Dr. Mayer’s daughter was kidnapped over eighteen months ago and she is hanging by a thread, with no leads on the case. Her husband a cop is suffering severe depression, and is close to suicide as he feels he has let his wife and daughter down.

When Evan is in Mayer’s office, she is shocked when he is put under, he sees things and she begins to wonder, selfishly, if this gifted boy can help solve the case of her daughter. She sends him to a doctor (her sister is a nurse for this medical doctor), to have him checked out. Everything checks out except he possibly had a concussion.

She sets up a clever trick to ensure Evan really can see things. When he is put under once again he sees things, however, his life is in danger, as drains him physically. She does not want to risk his life. She is honest with Evan and tells him she is sorry she used him to help solve her daughter’s kidnapping.

Evan, the thoughtful boy, wants to help and decides to be put under one more time as he sees more clues which alerts Shannon, of the immediate danger for a race against time. Evan says the little girl is still alive and the clues could lead back to someone in the Mayer’s past.

In the meantime, they began researching other similar cases and find one; however, the patient, similar to Evan died, and was part of the CIA using him in a horrific way; however, they continue to search for the doctor, needing answers, for both families to locate this abductor before it is too late. As all the storylines intersect, a powerful ending, setting up for the next book in the series. One boy risks his life for another.

I really enjoyed this short novel, reading in one sitting; well-developed likable characters, and twists and turns, keeping the suspense high, for an engaging read. Looking forward to reading his next book an author to watch, and follow!