The Far End of Perfect 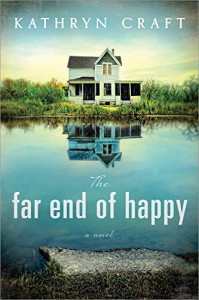 A special thank you to Sourcebooks Landmark, NetGalley for an ARC in exchange for an honest review. A lovely front cover depicting the perfection and calm of the exterior, versus the turmoil inside.

THE FAR END OF HAPPY, a complex, intense, and powerful novel told over a twelve hour span; three women, a trouble man (a son, a father, a husband), secrets, a past, mounds of debt, shame, insecurity, responsibility, guilt, baggage brought into a marriage, a family history, a suicide standoff, tragedy, two sons, despair, hope . . from private to public.

An author who courageously revisits a painful time, creating an emotional, sensitive and painful story with a highly charged subject, beautifully written --based on true events, seamlessly blending fact and fiction.

"Interaction with death almost always invites us to reassess how we are spending our lives, why is suicide so troubling--the persistent, unanswered questions. The ongoing questions-- when did things begin to fall apart, how did I miss it, and in what ways is there compensation by each family member, or signs ignored? There are no clean lines in a story like this, only endless shades of gray, and a lot of questions about relationships and life that are well worth asking.”  ---This is why Kathryn Craft writes THE FAR END OF HAPPY.

I cannot even image the emotional trauma, the guilt, the what ifs, and the persistent unanswered questions of a spouse, a family member, or a close friend of someone feeling they have nowhere to turn, utter desperation. I believe this story needed to be told, even as a work of fiction. It could provide a great help and support for families facing such despair, or early warning signs.No one likes the word “suicide” and we all tip toe around it; however, it is real.

In addition, many women live in fear each day, whether domestic violence, verbal abuse, or the neediness, or insecurity of the man or woman, making them feel guilty for wanting to divorce or wanting to leave an unhealthy environment. Many women stay in marriages for their children’s sake; however, in the end, they create a more unstable situation by remaining. Or as in the case of the book, a woman is made to feel guilty and pressured not to leave with the threat of suicide. Everyone in life has choices and we are the keeper of our own lives, and cannot control others out of fear or abandonment, due to their own illness.

With the crash of 2008, many families have been affected by the economy, while different people handle the same situation in a completely different way. Some are more fragile than others; however, many times they do not want help. A very controversial subject and highly commend the author for tackling and sharing this story.

As the author mentions, a tragedy is always unfolding somewhere, whether we know it or not—during the time it takes to read her interview at least one more person in the US, will die at his or her own hand. The story will be relatable to many women and families and hopefully provide hope to others starting over. Even though the novel may be painful for some to read, it can be uplifting and inspirational to others.

An ideal book for book clubs and discussions with many POVs. I enjoyed the honest discussion with the author and the reading group at the end, which will help readers gain new perspective about life. Now I am excited about reading her previous novel,The Art of Falling!

A word to the wise, always have a lengthy conversation with the first wife (or husband), of the man (woman) you are about to spend your life with. Keep an open mind – there may be much to learn which will save you pain down the road. Don’t we all wish we could step back and know what we know now? We would be so wise!

Again, thanks to the author for a special book.

On a person note, I have been involved with two suicides in my life, (not immediate family); both times each of these men found themselves in a horrific situation and as things began closing in, drove them to end their lives. But what if? A first cousin in Florida, a young man with a bright future, involved in a horrible situation with a woman he met online, and later married, without being aware of her past, fell in love and became involved in an illegal scam against his own brother; he had to choose between brother and wife, which would put her away, and he an accessory to the crime. A devastated brother and the parents (my aunt and uncle) in Amelia Island, he left behind. The wife is now serving prison time and a family is without a brother and a son, due to greed and money.

The next, in Atlanta, a wealthy man, owner of a large accounting firm with celebrity clients and professional football teams, private jets, country club home, and many second homes – on top of the world. A husband and father of my son’s best friend, as things began closing no one was aware of the secret scandal, accounting fraud, an affair, upcoming loss of his business, career, money, and about to face prison. A mother’s nightmare --their oldest son, college age, repeating the same suicide a year later, in the same car.

It takes strength, courage, and faith for those left behind to move on and rebuild their lives.