Stokes is an ex-con living in Shady Cross, Indiana—running from the cops, and hiding from the biggest and meanest of loan sharks and thugs. He is a slick operator, borrows money to get out of one jam, as high interest rates mount, and then finds himself on the run to escape, looking over his shoulder.

He has a bad name in town, and appears everyone is after him for something. If he needs a few bucks, it’s a burglary; after all he is not a real killer, even though it happens when people get in his way sometimes; he is not much in the honesty and ethical department.

As a back story, readers learn years ago he met the girl of his dreams, he loved her and he wanted to straighten up and live a normal life with a real job. It worked for a while; the traditional life. However, with a poor childhood and lack of a good education, the perfect job was never in his future. When all his attempts failed, and his daughter was born, he felt forced to punch a clock and it was just not in his DNA. So he did what he does best – left and turned to crime. All alone, with his Airstream trailer, a Yamaha and a Bud. (he is actually a pretty clever guy and street smart).

Now, his luck may have turned, when there is an accident (which was his fault); ruining his motorcycle and finds the driver of the other car is dead. He does not need any cops coming after him, so he has to get the heck out of town.

However, he discovers a backpack and SCORE- $350,000! He begins to imagine what he can do with this amount of money. He can pay off his loan sharks, (or not), and take the money and leave town and start over. He now has options. He covers his tracks and heads to the bus station, and stops at a diner, when the cell phone rings in the backpack, and it a little girl wanting her daddy to come and get her, as the bad guys have her. Now, he has this little girl haunting him!

The novel covers the next twenty-four hours, as someone is always on his trail, putting a kink in his plans, no matter where he turns. His plans change from one minute to another. The little girl Amanda has been kidnapped and the killers demand the ransom, or they are going to kill her. They tell him they have someone on the inside (cops) and he cannot get them involved.

He goes from trying to throw the phone away and ignoring the situation, to being completely obsessed with rescuing her. With phone calls every hour, the intensity builds. (After all, he is not the dad, Paul) and has no clue why this guy has enemies. From loans sharks, mafia, cops, and the dead driver’s ex-wife, there are so many roadblocks in his way.

The closer it gets to the drop off time, he begins to wonder if he actually has a heart, when all he can think about is the little girl he once lost, and this may be his second chance to redeem himself, no matter the odds.

Intense, emotional, and witty, readers will hate Stokes in the beginning and will fall in love and sympathize with him by the ending, with his heroic behavior and may in the end, actually have a heart. Can he save himself and the little girl?

I recently discovered this bestselling author, James Hankins, and have devoured all his books. Crossing many genres, each is unique and different and his latest is like no other, I have ever read.

Hankins' imagination and creativity is brilliant, with many twists and turns; one obstacle after another, leaving me glued to the pages, heart pounding-- to learn the fate of the innocent kidnapped little girl Amanda, and the man with a past of regrets, who risks it all to save her. Well done! 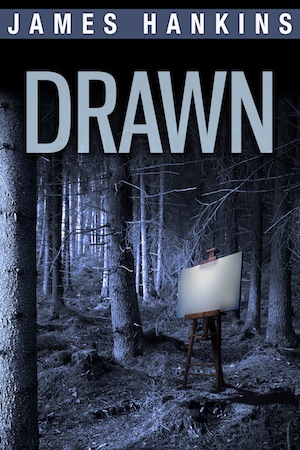 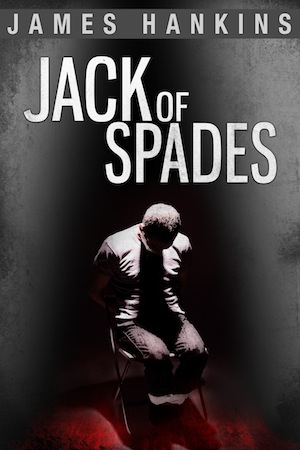