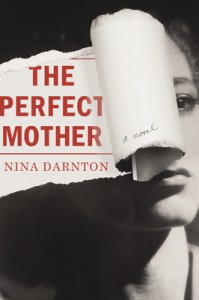 A special thank you to PENGUIN GROUP Plume and NetGalley for an ARC in exchange for an honest review.

The Perfect Mother by Nina Darnton, a dark novel primarily, based in Spain, inspired by the Amanda Knox case— a fictional psychological suspense of one mother’s daughter who is led down a dangerous path of despair.

Twenty year old Emma, a Princeton student is now studying abroad (or so she says) and her parents are financing her education and living expenses. Parents Jennifer, and Mark, a corporate attorney reside in Connecticut and Emma is their oldest child with two younger children, Lily, sixteen and Eric, age eight. They receive a frantic call in the middle of the night from Emma stating she is in jail in Spain and to come immediately.

Jennifer flies to her side, while her husband Mark makes all the necessary arrangements for a criminal attorney in Spain. When the mother arrives, everything is bazaar and weird, from her daughter’s behavior to the events leading up to the murder of a young male student from a wealthy family.

Emma’s story involves an attempted rape, and some mysterious guy who supposedly heard her cries for help and came in to save the day and killed the guy with a kitchen knife; however, the guy is nowhere to be found.

As time goes on, there is an older boyfriend Paco (a drug dealer and a so called activist), which is now missing. Emma’s lies and deceit, continue to catch up with her, as evidence points toward her boyfriend and herself.

In the meantime, Emma has lied about school and where she is living. Jennifer hires a local PI and they bond and offer support to one another. Jennifer continues to believe in her daughter’s innocence, even through her lies and evidence.

First, I had high hopes for the novel, as seemed to be a good set up and was hard to put down. And nothing happens, to increase the suspense or intensity. None of the characters were developed, flat and emotionless. The story was not realistic, no depth, and no emotion, or sympathy to pull you into the tragedy, no likable characters, and execution questionable.

If there had been a detailed back story for example, from Emma’s point, readers may have been able to learn how she was pulled into the web with Paco and the plan. Emma was a total brat, and did not appreciate her parents help, and continued to talk out of “both sides” of her mouth; her mom just sits back and listens.

However, you will continue reading to learn the fate, but unfortunately it never builds. The parents and all the characters were like robots going through the motions. Roberto, the FBI character, actually went nowhere in the story except to provide a tidbit of information at the end of the novel in a letter to Jennifer. (If I happened to be a parent of this crazy girl, would not have allowed her to be around her younger siblings, fearing for their lives).

While the author spent a great deal of time with research of Spain, wished she would have spent more time developing the characters. I will have to agree with some of the other reviewers on this one.