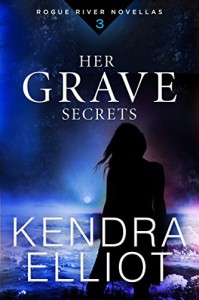 A special thank you to Montlake Romance and NetGalley for an ARC in exchange for an honest review.

Kendra Elliott is back with HER GRAVE SECRETS, for the third installment in the Rogue River series, with a short novella filled with action, crime suspense, intrigue, mystery and romance, as readers wait anxiously for #4.

The saga continues with the Taylor family in their role of the dark town of Solitude, Oregon, one which seems to be taken over by murderers and drug dealers. Local police chief, Zane and local cop, Stevie are (nice duo) working diligently to solve the cases of two murders and the link to her father’s death.

A deadly street drug (C22) is found in their small town, and a skull is found on the banks of the Rogue River. Two bullet holes in the back of the skull, found by two fisherman with the rest of the skeleton possibly under the trunk of the large tree.

Stevie left Oregon for a more glamorous life in LA, versus this small sleepy town. However, after her father (former police chief), Bill Taylor, passes away she returns to Solitude as a patrol officer, as she tries to heal. She was a former LAPD officer who decided the rural town was a better place to live and catch some bad guys. Her five years in LA she was left with many mental scars, and images she could never forget but she hoped over time would fade.

As in most small towns you have a lot of nosy people and neighbors and everyone wants to know your business, especially those who have left and returned. They like to make up their own rules and most of the people approved of the romance between the two.

Zane had spent five years on the police force, earning the trust of the town. It was like a secret club, with the primary key being you were born in Solitude, even though he had grown up on the eastern side of Oregon. He currently is working on his relationship with his father, while remodeling his cabin to make room for his love interest, Stevie.

The collaboration between the two authors appear to be a success, and Stevie and Zane are a favorite couple among the series. Recommend the series to those who enjoy small towns, fast-pace, crime suspense, mystery and romance. (Nice covers).

Looking forward to the continuation of the drama as they solve the mystery, with Walking on Her Grave by Melinda Leigh, coming 11/18. 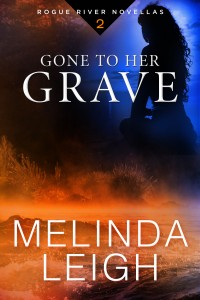 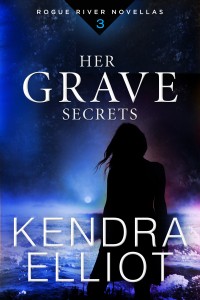 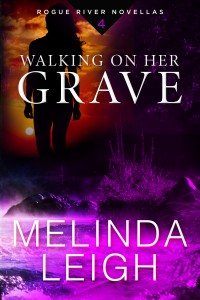