DI Patrick, mid-thirties is back, with all the problems we discovered in his personal and business life in book one. (adds lots of spice) His wife, Gill, returns after her two year stint following her mental illness breakdown, when attempting to kill their young daughter Bonnie.

In The Blissfully Dead, a group of girls, all huge fans of an English boy band, OnTarget. The girls start turning up dead, the first in a London hotel room and the second in a deserted photo studio. The only thing they seem to have in common is their fascination and obsession of the band.

A woman was beaten to death at home. A youth knifed in the street. A young girl murdered in a hotel room. Patrick liked indie and rock music, even though he does not watch much TV, and being he does not read the tabloids or entertainment magazines, he did not know much about OnTarget. Who is targeting the fans, and why?

When the body is examined it appears there are small cuts similar to another case from three months earlier, and perfume? It was Winkler’s case. (lot of history here).

Lennon’s wife has been out of the mental hospital for six months. He may never forget Gill’s purple fingermarks on their baby’s neck, her tiny limp body within seconds of eternal lifelessness. How can he go back to sharing his bed, his heart, and his life with someone he wasn’t sure he even loves her any more. Bonnie was now a normal two-and-a-half-year old. Years ago his wife had been in the grip of a devastating bout of postnatal psychosis. Got to love the guy!

His colleague DS Carmella Masiello of three years, can read him, and the traumatic events of their last case had served only to strengthen their bond. Patrick and his young daughter are cooped up in his parent’s house, while Gill has the entire house. At least he knows Bonnie is safe with him. His mom and dad had been great to help out with the childcare. DI Winkler, still continues to be a perennial thorn in his side at work. Of course there is the attraction to Suzanne.

Two girls, both fifteen, living close to one another. White, middle-class, both massive fans of OnTarget. Attended the vigil for Rose. Had the killer been there too? The cuts, the perfume, the fact that their clothes had been taken.

The girls were active on Twitter, and social media so it appeared more visible and amplified than in years past— when teenage girls (in my day in the sixties of Elvis, and the Beatles) and always American Bandstand---wrote in their diaries, of their secret obsessions of idols and celebrities, dances, and other crushes, without thousands of eyeballs as social media today. (except nosy little sisters, who like to blackmail you).

After the third teen slaying . . . the pressure is on. When Lennon makes a terrible mistake that ends in disaster, he finds himself in a race to save not only the lives of more teenage girls but also his own career.

Am always amazed at the successful collaboration, (six published novels) the process, and how two authors form a partnership, and facilitate such a project. Readers will be excited to discover not only the inspiration behind the book, and as an added bonus, —tidbits of how the two started co-authoring, their strategy, and how it flows, living hundreds of miles apart in separate households, while not killing one another.

I am loving DI Lennon! Can’t wait for round three. 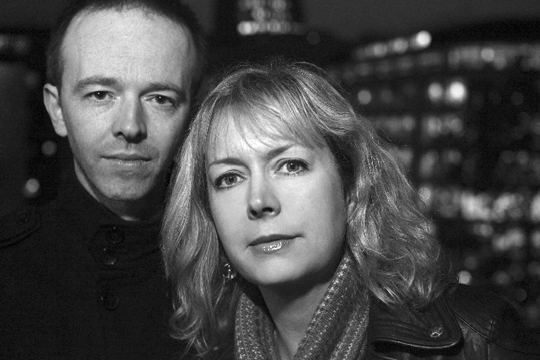